India’s three-day tie against County Select XI, their sole warm-up game in the lead-up to the five-match series against England, ended in a draw but added to their problems after pace bowler Avesh Khan, who is a standby, got injured on the first day and looks likely to be ruled out of the tour. 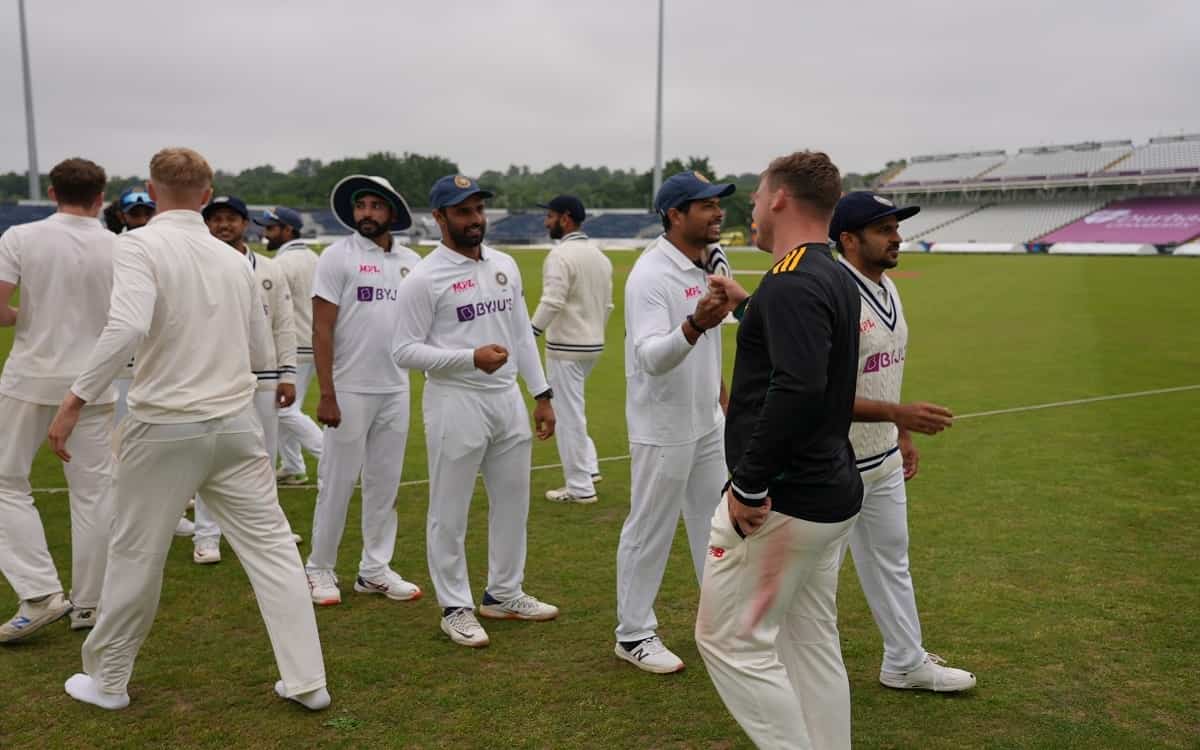 The Indian pace bowler, who was representing County Select XI after the English board could not assemble a playing XI and had to ask for players from Indian camp, was hurt on his thumb by a shot from Hanuma Vihari on the first day. The Board is yet to confirm his availability but it seems that the thumb injury may not heal in time for the Test matches.

Reports also emerged in a section of the media of Washington Sundar injuring his finger. However, the all-rounder, also representing England’s County Select XI, came to field on the final day in Indians’ second innings and even took the catch of Mayank Agarwal, who made 47.

It could not be confirmed if Sundar is injured. India are already missing opener Shubman Gill, who has returned home following his leg injury.

As of now, with Gill and Avesh out, India are with only 22 fit players in England. On the final day, the Indians had declared the second innings at 192/3 with a total lead of 283 runs. All-rounder Ravindra Jadeja scored 51 off 77 deliveries before being retired out.

Mayank Agarwal (47) and Cheteshwar Pujara (38) had put on 87 runs for the first wicket. Both the openers were dismissed in the first session by off-spinner Jack Carson. The Indians had dismissed County Select XI for 220 and taken a 91-run lead after the home team’s last man Avesh Khan could not come out to bat due to injury.