“They sparred and made money”

Khabib Nurmagomedov believes there was no “competitive aspect” in the fight between Logan Paul and Floyd Mayweather. The former UFC lightweight champion added that the duo’s main goal in the bout was to make money.

Nurmagomedov, who is considered one of the UFC’s greatest fighters, retired from MMA after defeating Justin Gaethje at UFC 254. It was the Dagestani’s third successful title defense.

While addressing a press conference in Russia, Nurmagomedov was asked about his opinions on the Paul vs. Mayweather fight. ‘The Eagle’ responded:

“What’s there to say? They came out, made money. It’s purely business. There was no competitive aspect to it. Old (Floyd) Mayweather came out, they sparred and made money. What else is there to say?” said Nurmagomedov (Transcription via RT Sport MMA).

The 32-year-old added that Paul and Mayweather just wanted to walk away with a heavy payday.

Dismissing the rumors of his comeback, Nurmagomedov also said he has not yet developed an interest in doing what Paul and Mayweather did.

“The guys decided to make money? Should I tell them to not make money and not fight? They came out, put on a show, and earned tens of millions. I have no interest in doing something like that yet.” 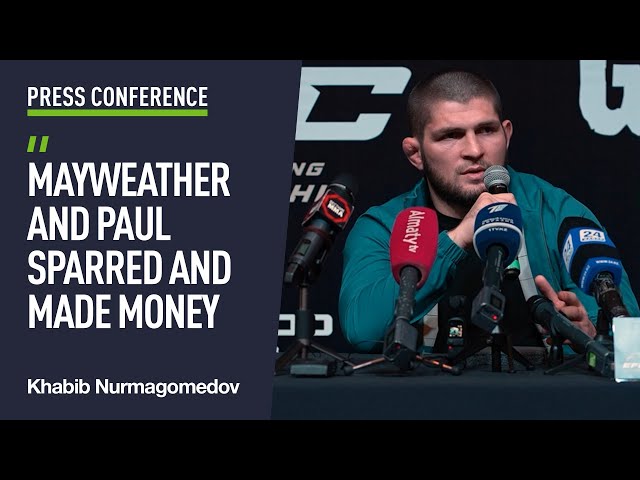 According to Khabib Nurmagomedov’s manager, Ali Abdelaziz, his client was offered $100 million to accept a boxing fight against Floyd Mayweather. However, ‘The Eagle’ turned down the offer because he promised his mother that he would not return to the fight game.

A week later, Khabib Nurmagomedov confirmed that he did receive an offer to box Floyd Mayweather, but the offered sum wasn’t $100 million.

“The enticement is always there. There were such discussions with Saudi Arabia. They wanted me to fight there. I don’t know about $100 million. That was not the exact amount, but [it was] around that,” said Khabib Nurmagomedov (Transcription courtesy: RT Sport MMA). 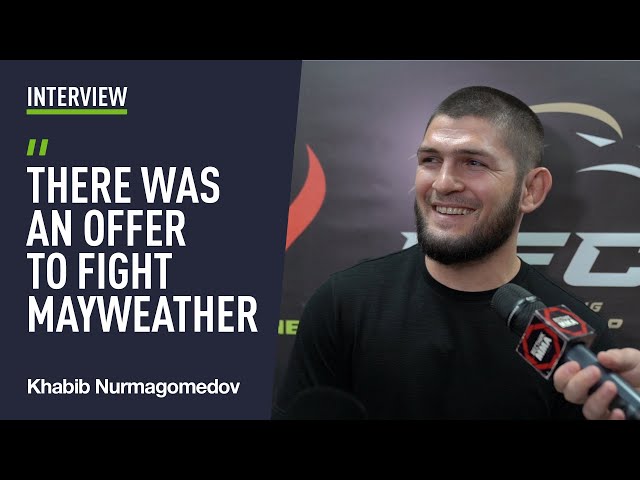 Nurmagomedov is currently handling operations for the Eagle Fighting Championship (EFC), the Russian MMA promotion that he acquired in December last year.