Leg-spinner and Islamabad United captain Shadab Khan has said that Pakistan captain Babar Azam does not like too much chopping and changing in the national team. Khan said that Azam backs the players he has faith in and gives them confidence even when they are not performing.

Shadab Khan is currently quarantining in Abu Dhabi ahead of PSL 2021, which will resume early next month. In an interview with Cricket Pakistan, he shed light on Azam’s leadership style, saying:

“Sometimes, players you have high hopes on don’t perform, and you have to get strict. That’s how a team is built. But Azam gives a lot of confidence to such players, which is very helpful, because if you keep making changes, then you cannot build a proper team. He always backs a trusted set of players.”

On his personal equation with the Pakistan captain, Shadab Khan said that he provides his inputs to Azam and tries to chip in whenever possible. The 22-year-old elaborated:

“Our careers began almost simultaneously. He started a little early but was struggling a bit then. But by the time I came in, he was performing really well. We are on very good terms with each other, and we always discuss cricket and our cricket-related issues with each other. Our effort remains that whatever team is selected, the final decision is arrived on mutually. Of course, Azam has to lead the side, so he takes decisions accordingly. He always takes suggestions, and I try my best to give him proper inputs. At the end of the day, the team must benefit.” 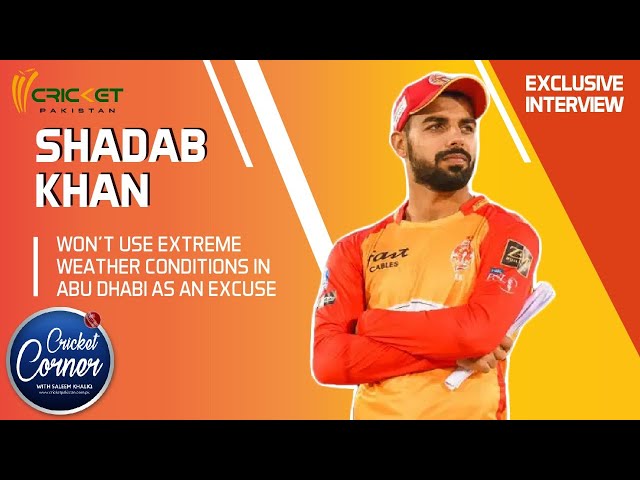 Focusing hard on my bowling to regain my form: Shadab Khan

Shadab Khan has been struggling with form and fitness in recent times. In April, he suffered a toe injury while batting in the second ODI against South Africa in Johannesburg. Subsequently, he was ruled out of the remainder of the South Africa series as well as the tour of Zimbabwe. Earlier, he had battled groin and hamstring injuries as well.

Khan has admitted that he has been going through a rough time but is looking forward to redeeming himself and performing well in PSL 2021 to regain some rhythm. He said:

“I have always been a bowling all-rounder. My performances haven’t been as good recently. But I am focusing hard on my bowling to regain my form so that I can represent Pakistan again.”

The Shadab Khan-led Islamabad United won three of the four matches they played in PSL 2021 before the tournament was suspended in March. Shadab Khan managed only two wickets in the four games, though.