WWE superstar Liv Morgan appeared for an interview during Talking Smack to discuss her match on SmackDown this week.

Morgan told Kayla that she was happy to have pushed Bianca Belair to her limit. She was also excited to have eliminated a former Women’s Champion in Carmella during the fatal four-way elimination match.

Morgan shared a short conversation she had with Becky Lynch over a year ago when The Man was taking some time off for her pregnancy. She detailed that Becky told her that she would be the Women’s Champion by the time Lynch returned.

The rising star stated that she was excited to hopefully fulfill that prophecy. Morgan added that it would be even better if she could take the title from Becky Lynch:

“You wanna know a little secret? When Becky left, I gave her a hug goodbye. She whispered in my ear, ‘When I come back, you are going to be champion.’ I’ve thought about that every single day. She’s back, and I’m not champion. But I’m looking so, so, so forward to proving her right. Maybe not on her timeline, but I’m going to be a champion and I’d love to take it off of Becky Lynch.” 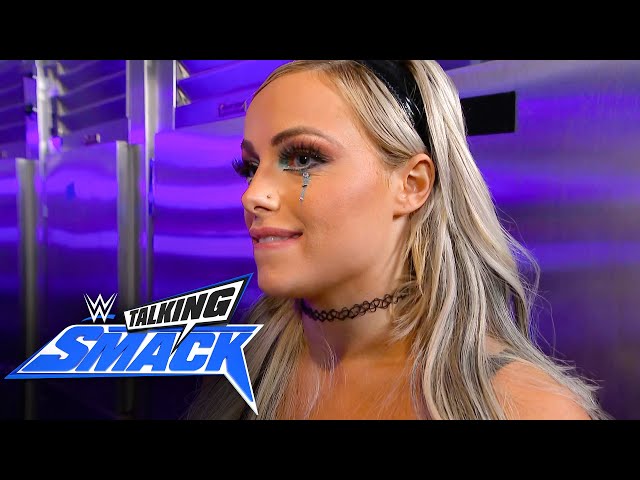 Liv Morgan had a strong showing on SmackDown

Liv Morgan had a great outing on the blue brand this week. She participated in a fatal four-way elimination match to determine the number one contender for the SmackDown Women’s Championship. The former Riott Squad member eliminated Carmella and was one of the last two women remaining in the ring.

The EST of WWE ultimately picked up the win with a Kiss of Death. After the match, Liv Morgan stated that although she came up short, it still felt like a win to her because she brought the best out of Belair.

Would you like to see Liv Morgan as the SmackDown Women’s Champion? Let us know in the comments below.