Ishant Sharma’s late strike lifted the Indian spirits as they went into the pavilion with a bit of momentum. New Zealand lost the sole half centurion of the match so far – Devon Conway for 54 as the bad light forced the play to end a little earlier than scheduled. 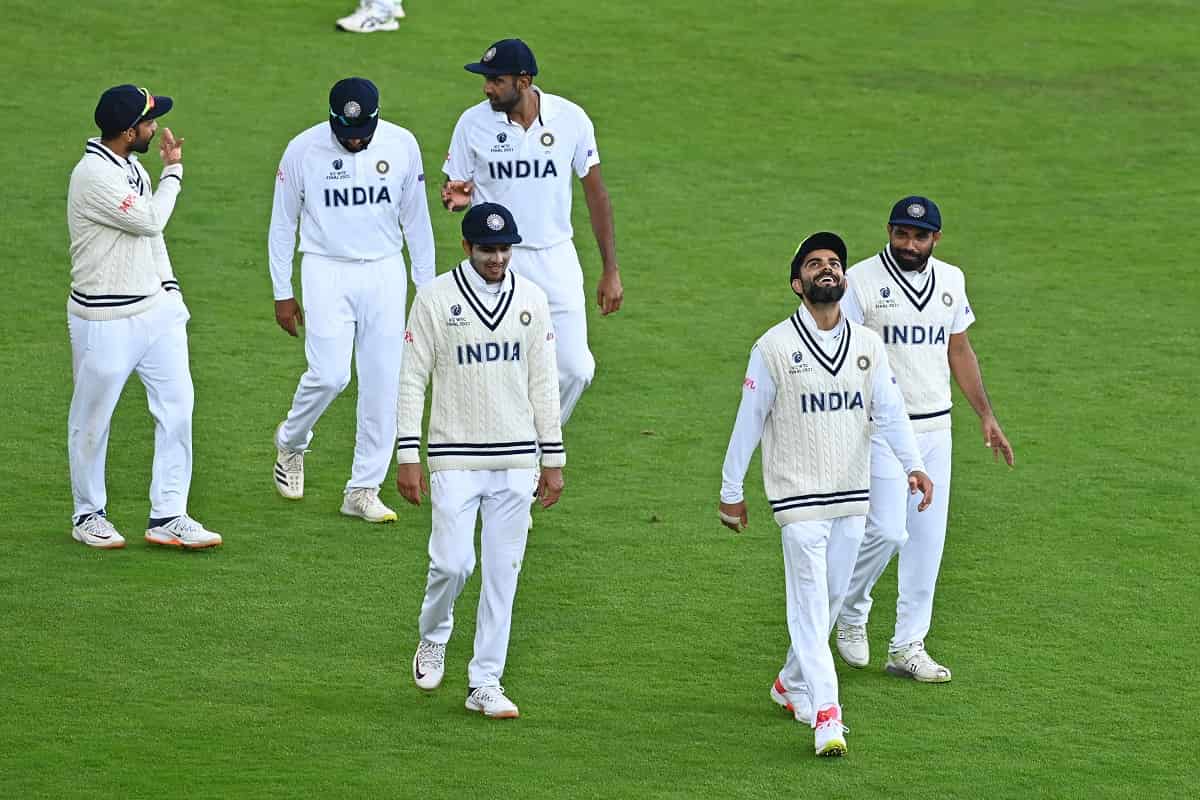 Day 3 saw India getting bowled for 217 in the afternoon session, adding only 73 runs to their overnight score of 144/3. Ajinkya Rahane top-scored with 49 as Kyle Jamieson took a fifer to clean up the Indian batting lineup.

The Indian bowlers were brilliant and very disciplined with their line and lengths and never let the Kiwi batters score easy runs. Although a bit of luck would have helped the bowlers, especially Mohammed Shami, who troubled the batters continuously.

R Ashwin got the first breakthrough for India in the 35th over as Tom Latham was made to drive the ball and eventually got caught at short covers. Latham made 30 off 104.

Devon Conway was joined by skipper Kane Williamson as both continued to play the ball late and defend. Conway reached his fifty in 137 balls.

Indian bowlers continued to show discipline as they dried up runs from both ends in the final 30 mins of the play which made Conway take a chance, bringing in the mid-on into the play.

Ishant Sharma – India’s One of the finest red ball bowler!!

Soon inevitable bad light made umpires stop the play and it was decided to call stumps as both teams went into the dressing room satisfied with their respective performances.