England-Sri Lanka Third ODI Abandoned Due To Rain On Cricketnmore

The third and final ODI between England and Sri Lanka was abandoned without a result because of heavy rains on Sunday. Though Sri Lanka were bundled out for a paltry 166 in 41.1 overs, they managed to avoid the embarrassment of a clean sweep as the weather dashed the home team’s hopes. 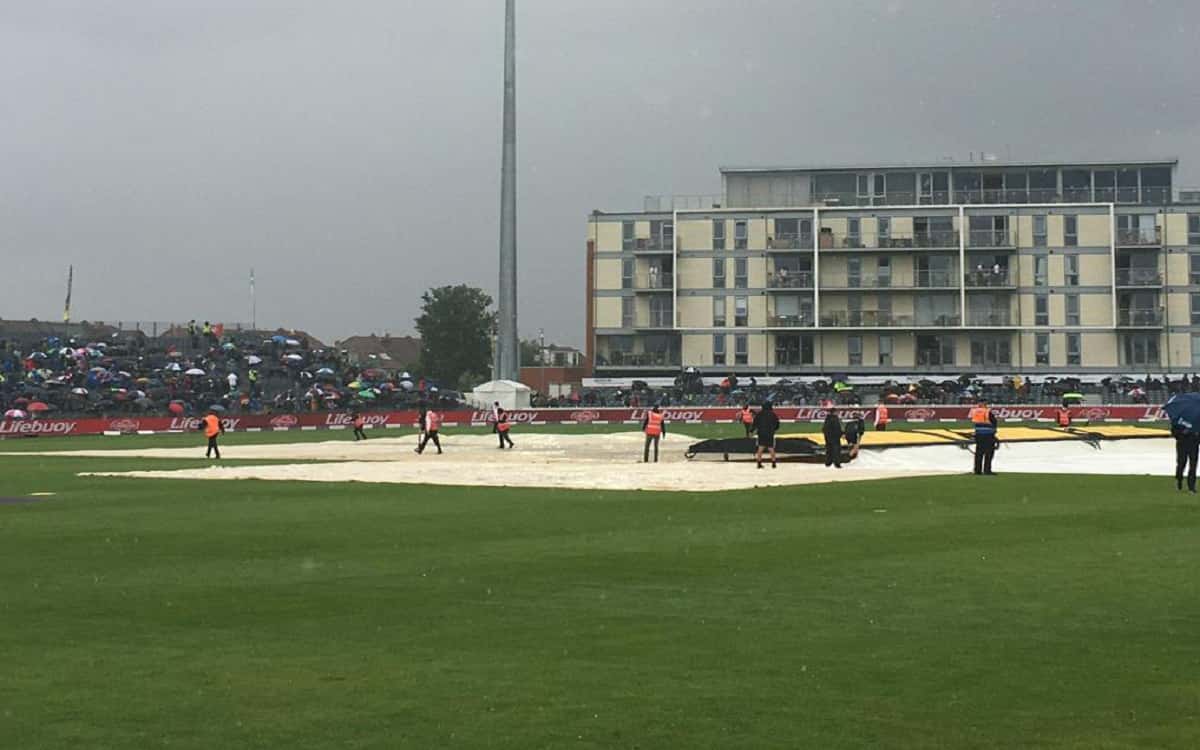 The rain had earlier delayed the toss and then play was suspended towards the end of the Sri Lankan innings. It continued to pour heavily from the innings break onwards and the umpires had no option but to abandon the game with only one innings being completed.

Earlier, Sri Lanka’s batting woes on this England tour continued on Sunday. Asked to bat by England captain Eoin Morgan, who won the toss that was delayed due to rain, the Sri Lankan batters failed to click again in overcast condition.

They were soon down to three down for 33 runs in the eighth over as skipper Kushal Perera (9), Avishka Fernando (14) and Pathun Nissanka returned to the pavilion in quick succession.

England bowlers Chris Woakes, who came in place of Mark Wood, David Willey, and Tom Curran exploited the conditions and the susceptibility of the Sri Lankan bowlers against swing well to trouble all of them.

All-rounder Curran with four for 35 was the best of the home team bowlers. Woakes finished with two for 28 from his 10 overs while Willey had two for 36 from seven. England bagged the series 2-0.