3 things every UFC fan needs to know about Alexander Volkov

Alexander Volkov is widely regarded as one of the most dangerous fighters in the UFC heavyweight division today. The talented heavyweight has gone through several ups and downs in his career before finally coming into his own over the past few fights.

Presently, Alexander Volkov is being touted as a potential future UFC heavyweight champion. However, with names like Francis Ngannou, Stipe Miocic, Derrick Lewis, and others patrolling the title landscape, it’d be a tall task for the 6’7” Russian fighter to ascend to the heavyweight throne.

Ahead of Alexander Volkov’s upcoming fight this weekend, let’s take a look at some of the things every UFC fan needs to know about him…

#3 Alexander Volkov is a former MMA champion, having won titles in other notable organizations

Alexander Volkov is currently one of the top-ranked UFC heavyweights but is no stranger to high-level MMA competition or even MMA world titles for that matter. Volkov has previously held heavyweight titles in M-1 Global and Bellator MMA during his time in those organizations.

Now, granted that the UFC is regarded as the world’s premier mixed martial arts promotion – and it’s been that way since Pride FC folded back in the day – this doesn’t change the fact that ‘Drago’ has the invaluable experience of handling the pressure that comes with being a top contender or a world champion in a high-level MMA organization. 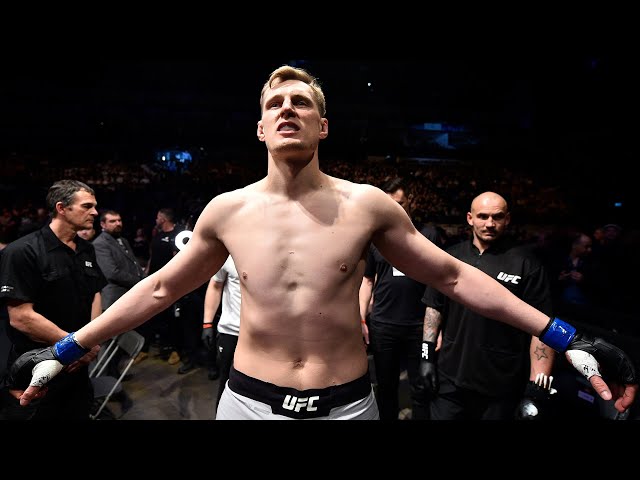 Alexander Volkov has competed in 41 fights in his professional MMA career thus far. The Russian has amassed a record of 33 wins and eight losses in his long and challenging road to MMA glory. Out of his eight losses, two came via KO/TKO, two via submission, and four by way of a decision.

Needless to say, the fact that Alexander Volkov has suffered only four stoppage losses overall in such a long MMA career goes to show how durable the Russian MMA stalwart truly is. Volkov is well-known for being technically proficient in every aspect of the MMA game – be it grappling, striking, or mixing both aspects efficiently while attacking or defending.

This movie was released in 1985, during the cold war between the US and the Soviet Union. Akin to many other Cold War movies produced in Hollywood at the time, Rocky 4 featured the hero who represented America going up against the villain who represented the USSR.

Although the USSR consisted of several different republics, the movie villain from the USSR was usually depicted as Russian – as a proud representative of Soviet Russia.

Despite being one of the deadliest and most villainous antagonists in the Rocky franchise, Drago went on to become one of the most iconic characters in cinematic history. Relations between the US and Russia – particularly between the common people in both countries, rather than the governments – significantly improved after the fall of the Soviet Union.

In fact, many of the old Soviet stereotypes are usually viewed lightheartedly by Russian moviegoers and pop culture fans. Alexander Volkov adopted ‘Drago’ as his fighter nickname, purportedly as a way of paying homage to the dangerous fictional boxer from Soviet Russia.

In an article by UFC.com last year, the similarity between Alexander Volkov and Drago’s calm and unemotional approach towards their opponents was one of the many notable things expounded upon. The article featured an interview with Volkov wherein he spoke about how he viewed his then-opponent, Curtis Blaydes, as just another opponent. In true Drago style, Alexander Volkov stated –

“He is my next opponent, that’s all…I don’t think about the ranking…You’re either a champion or you’re not; the rest is just numbers and statistics. In any case, it’s not that easy to become one among the Top 10 heavyweights in the world.”

At UFC Vegas 30, Alexander Volkov is set to fight undefeated heavyweight Ciryl Gane in a five-round bout. The heavyweight will headline this weekend’s card inside the UFC Apex.

With a win over Gane, Alexander Volkov will increase his chance at receiving a shot at the UFC heavyweight title that’s currently held by Francis Ngannou. The champion is expected to defend his title in a rematch against Derrick Lewis next. The winner of the fight will likely defend against Stipe Miocic as he looks to reclaim his the gold. Beyond that, the winner of this weekend’s main event will likely stand face to face with the champion down the line.

If Alexander Volkov were to win the UFC heavyweight title, he’d etch his name in the history books as one of the rare fighters to collect heavyweight world title gold in three major MMA promotions – M-1 Global, Bellator MMA, and the UFC.